Google’s January 2020 Core Update is Live. Here is How NOT to Respond to it 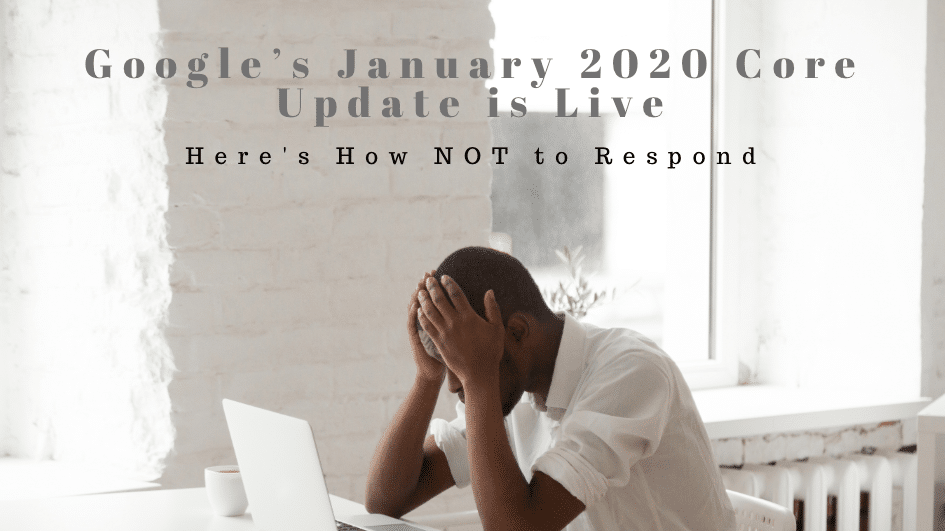 The problem with broad core updates is that they are… well… broad.

These updates touch on a number of different parts of the search algorithm, which in turn impacts sites of all types in all industries. So, it’s hard to determine what was in the secret sauce, and what you need to do.

Other Google updates have had clear targets and courses of action:

However, broad core updates don’t seem to target a particular thing in any particular industry. Even the best SEO expert in the world can’t truly say they know exactly what it all means.

Today we’re going to take a look at this latest update. More importantly, we will show you what to do and what not to do if you’ve seen a ranking drop.

This was the first core update of 2020, and the first of its kind since September.

Google confirmed this update on Twitter, stating “Later today, we are releasing a broad core algorithm update, as we do several times per year. It is called the January 2020 Core Update.” 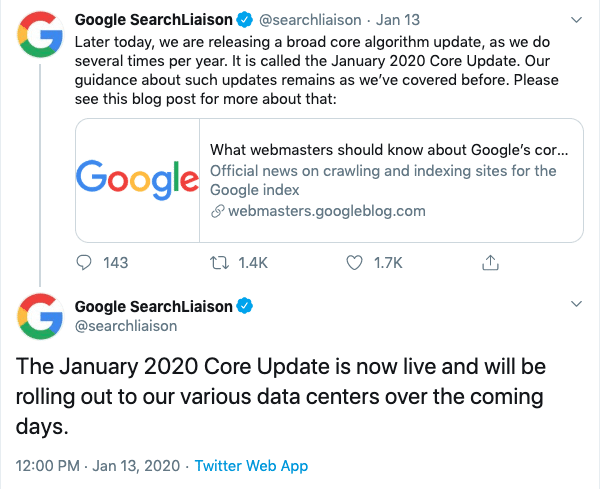 … As usual, they really dug deep for that name. Some in the SEO community lobbied to dub this the Picard update to celebrate the former Enterprise Captain’s upcoming series. However, that never gained any traction.

Even if the SEO community couldn’t agree on an unofficial handle for this update, they could agree on one thing: This is a big one.

Major fluctuations were seen across the web, even though there did not appear to be a major pattern. A few sources reported seeing big changes in the YMYL (your money, your life) niches.

Yulia Ibragimova of SEMRush said, “we can assume that this update wasn’t aimed at any particular topics.” But she added that their data showed the biggest fluctuations were in news and sports, as well as finance and online communities.

Their top 10 winners seemingly had absolutely nothing in common:

The Bottom Line: This update was huge. So huge it seemed to touch just about every niche and industry. So there is no real cure-all SEO optimization advice for what you should do if you have experienced a drop in rankings or traffic following this update. 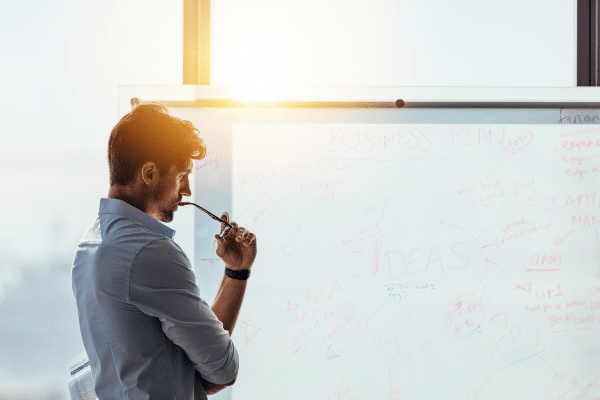 Do not panic or do something drastic that you will regret!

Panicking after a big Google update could take a number of different forms. It’s important to remember that experiencing a drop in ranking after an update does not mean you need to resort to things like:

The number of keywords you’re using and your keyword density haven’t been a real factor in SEO for some time.

Adding more keywords is most likely only going to hurt the flow and the quality of the writing, which will alienate human users.

Increasing Your Content Volume Output, With Volume as the Only Metric

Let’s be clear. Increasing your volume can help, if you’re producing quality content and doing all of the right things.

In two of the last major updates of 2019 (the BERT Update and the Bedlam Update), Google said there was no real way to optimize for them, besides focusing on your human readers, which you should have been doing anyway.

Again, quantity will not make up for a lack of quality. So increasing your volume from 4 bad blogs per month to 8 per month isn’t going to lead to any SEO wins. However, going from 2 good blogs a month to 4 could help.

Focusing Only on Yourself

Don’t get tunnel vision and focus solely on your own site. Look at the competitors who gained ground on you, or overtook you.

Sometimes Google updates aren’t so much about punishing high-rankers as they are about boosting sites that were previously under-rewarded. This means that your competition was doing good work that wasn’t necessarily noticed by the Google algo, and now it’s being recognized and rewarded.

Take a deep dive into your competition. Look at what they’re doing and look for things that you should possibly be doing.

Only looking at yourself is the easiest way to get blind-sided by someone else.

Once you stop swearing, it’s time to do some CSI: Google Edition work to figure out what happened.

A few months ago, Google published a blog that explores how you should react to their core updates.

In it, they say, “We know those with sites that experience drops will be looking for a fix, and we want to ensure they don’t try to fix the wrong things.”

“Moreover, there might not be anything to fix at all.”

Of course, that is not what jilted marketers and business owners want to hear after they have seen a drop in the rankings. They don’t want to be told and there’s nothing to fix.

They actually take it a step further and say, “One way to think of how a core update operates is to imagine you made a list of the top 100 movies in 2015. A few years later in 2019, you refresh the list. It’s going to naturally change.”

That’s all well in good if you have a timeless classic like The Shawshank Redemption. However, if you’re 2014’s movie Interstellar and in 2019 your movie was bumped in the list by the films 1917, Parasite and Joker, you will want to know why those movies are considered better.

However, the blog does tell you what you should do following a core update: Focus on Content!

They also re-released a series of questions that you should ask yourself about your content. They published this list around the time of the Panda update in 2011, and these questions are just as relevant today, if not more so.

Yes, this was a big update. But that doesn’t mean big change is required from you.

It is still very early following the update and we’re still sorting through the data to see what it all means. However, the early signs say that this update is broad (hence the name) and not targeting anything in particular.

If you’ve taken a hit, don’t push the panic button. Don’t assume Google is out to get you or you’ve done something wrong. It could be a matter of your competition doing things right.

Take a big look at both your site and your competition. Look at what they’re doing well, and where you could stand to improve.

However, if you are really worried about your ranking or your traffic, I’d love to talk about it. You can reach me at the phone number at the top of the page. 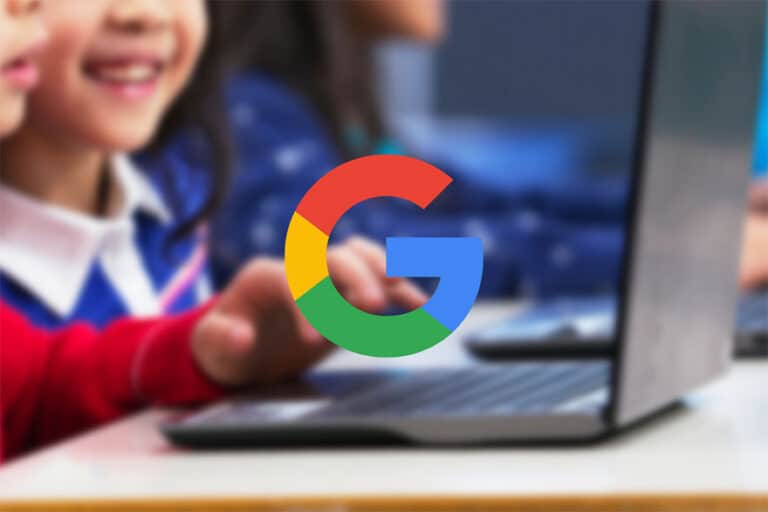 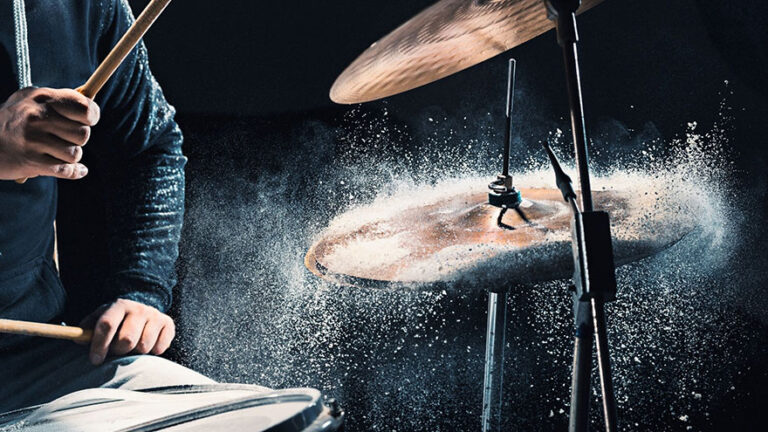